If you don’t know who Tony Reed is you better do your homework and found out! You can thanks us later! Mr. Reed is the leader of rock giants Mos Generator and his a beast on the guitar! Tony was kind enough to be our first ever installment of our random Q’s segment!

WH-  What is your go to guilty pleasure band/artist?

WH- If you could make an album with one band/artist dead or alive who is it and why?

REED-  David Bowie. He was not afraid to try anything musically and I admire that very much. He pulled off completely changing his sound many times in his career. Not many artists can say that.

WH- Favorite genre of music besides your own?

REED- I have no hobbies

WH-What was the last gift you gave someone?

WH- If you could sing one song on American Idol, what would it be?

WH- What song best describes you?

WH- What nickname would you give yourself?

WH- If you could steal one song from anyone which one would it be and why?

REED- “Killing Yourself to Live” by Black Sabbath. Because it’s the best heavy rock song ever written.

WH- Give your bandmates nicknames?

REED- The Bear and Conway

WH- What is one band you suggest people checkout? 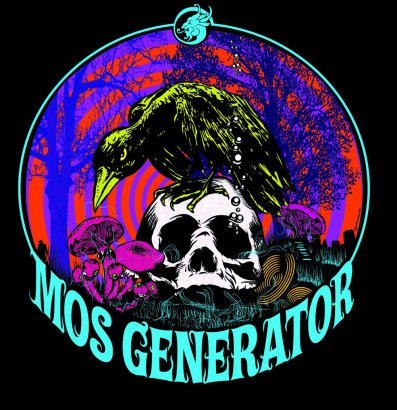 THANKS AGAIN TO TONY REED! BE SURE TO BE ON THE LOOK OUT FOR NEW MOS GENERATOR SOON!! THEY NEVER DISAPPOINT! IN THE MEANTIME ENJOY THE TRACK “LONELY ONE KENOBI” BELOW. ALSO MAKE SURE TO FOLLOW MOS GENERATOR ON FACEBOOK HERE!