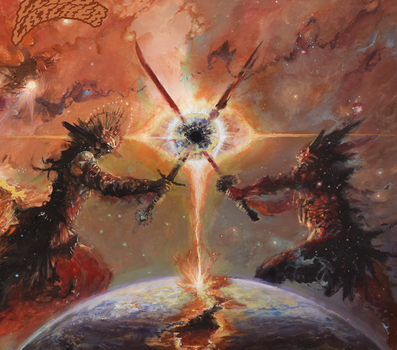 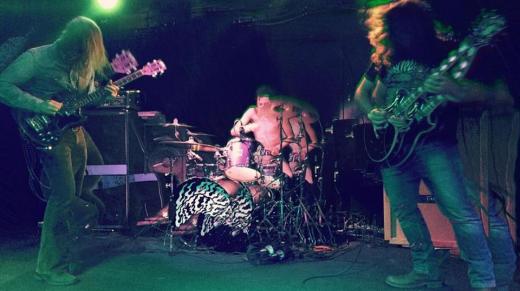 So let’s cut to the chase….. On March 13th through Totem Cat Records the Denver based trio Cloud Catcher are going to release their latest album “Trails Of Kozmic Dust” and it’s a total game changer.  I’m going on the record saying this will be one of the best albums of the year!!! “Trails Of Kozmic Dust” is a fuzzed out psychedelic beast dripping with intergalactic cosmic rock. The album contains 8 blistering tracks that are fueled by some insane guitar playing! If you’re into some serious guitar shred with soul you will love this shit! Think Sabbath on a bit of acid being directed by Hendrix while on overdrive.

Cloud Catcher just don’t shred though, they still have riffs that groove. It’s not just speeding up and down scales for the hell of it. They respect the power of the riff!  This is why I love it! Its obvious this trio can all get down on their respective instruments. Some serious next level talent!! What makes them so good though is they gel incredibly well creating a monster of sound that can in my opinion be best described as a blistering cosmic ass kicking! I hear hints of Mothership, Mos Generator, Budgie and vocally a little Spirit Caravan. But Cloud Catcher separate themselves from pack using frantic riffs and aggresive rhythms. Their sound has some 70’s blood pumping through its veins for sure.

“Visions” is a stand out track for me. Fueled by a dirty raunchy  little riff and the album’s strongest vocal performance. Cloud Catcher deliver some serious rhythms on this track! The guitar solos are tasteful and unapologetic while the drums and bass are relentlessly punching your face!

Like I said…. This album is a game changer. Cloud Catcher are going to make a big statement with this record establishing themselves as one of the front runners of good ole fashion ass kicking rock n roll!  “Trails Of Kozmic Dust” will be out everywhere March 13th in CD and digital formats. The album will also have a limited Vinyl release. If Your into that sort a thing you best act quick!